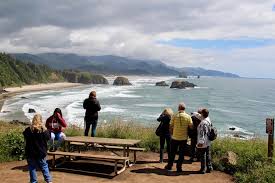 As mid-term polls approach, during which governors of 36 states will be elected, state tourism boards increasingly face pressure to justify higher spending, or in some cases even their existence.

Tourism budgets have gradually bounced back to or exceeded pre-recession funding levels. But the growth on average for state organisations has slowed state tourism budgets ahead of the elections in November. In addition to governors, more than 6,000 state legislature seats will also be decided.

A report from the National Association of State Budget Officers, which details data collected from all 50 states, shows state general fund spending for enacted fiscal 2018 budgets is expected to grow just  2.3 percent from fiscal 2017 — the slowest growth rate since fiscal 2010.

The average U.S. state tourism budget for fiscal 2018 was $19.6 million, a 3.7 percent increase year-over-year. But that is a significant pullback from four years ago at the last midterm election. The growth in tourism budgets from 2013 to 2014 was 14 percent.
With many states under financial strain, brought on by steep pension obligations, candidates are surely running campaigns touting austerity measures that will not bode well for state tourism budgets.

High-profile budget battles have plagued states like Florida, Hawaii, and Texas in the past year. George Szigeti, ex-president and CEO of the Hawaii Tourism Authority, the state’s tourism board, was fired largely because of the difficulty the organization had in getting its budget passed through the state legislature this year, the Associated Press reported. Hawaii’s legislature also voted to cut $13 million from the organization’s current $82 million for the upcoming fiscal year.

Governors set the tone for the debate around tourism budgets, and Destinations International conducted an analysis of governors’ annual state of the state addresses earlier this year, including that of Hawaii Governor David Ige, a Democrat.

Texas’s state tourism budget has also been slashed in recent years, from more than $67 million in 2015 to about $34 million this year (a nearly 50 percent drop), as the state faces budget cuts across the board.

California’s budget has topped the list for years and maintained its spot on top of the leaderboard at $120.5 million in fiscal 2018, a 5.3 percent increase year-over-year.

Of course, statewide marketing funds aren’t the only resources many destinations have to promote themselves. Dallas, Houston, and San Antonio’s budgets were $37.2 million, $35 million, and $25.5 million, respectively, for fiscal 2018. While Nevada’s state tourism budget was about $20 million for fiscal 2018, the budget for the Las Vegas Convention & Visitor’s Authority, the city’s tourism board, will be a whopping $359.8 million for fiscal 2019.