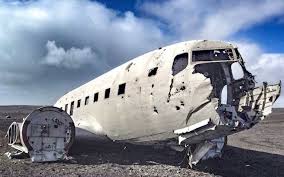 It was reported that two Chinese nationals in their 20s were found dead at the site of a 1973 plane crash in southern Iceland.

Near the Solheimasandur crash site the man and woman were found which draws the tourists according to the police and that a post-mortem would take place early next week to establish the causes of death.

There were no signs of ant criminal act by a third party and the bodies showed signs of hypothermia.

On the beach at Solheimasandur, a US military plane crash had landed in 1973 and no one was killed.

At the site the fuselage of the plane was still there which turned out to be a major tourist attraction.

On Thursday the officers were first called to the scene after a woman’s body was seen off a footpath leading to the crashed plane.

The man’s body was found by the officers a short distance away about two hours later.In the site’s car park a car thought to have been rented by the couple was found and China’s embassy was informed of their deaths.

The head of the Icelandic Tourism Association, Johannes Thor Skulason mentioned that the group worked with hotels and car rental agencies to warn tourists of bad weather.

Although they were lucky in the explosion of the tourism industry in recent years, however there were few events that they had to deal with.

Even though the plane is far off the beaten track and there is something more among the natural beauty of Iceland.

A shuttle takes the tourist directly to the plane.