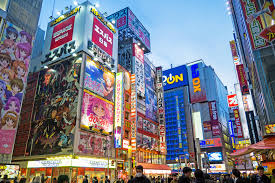 Manga and anime is Japan’s biggest contribution to popular culture. Fans have grown to love Japan thru their entertainment, and Tokyo is giving fans to get closer to their beloved fictional worlds and heroes with anime tourism.

Japan’s popular culture is Manga and Anime and fans love them for their entertainment. Fans will get a chance to get closer to their beloved fictional worlds and heroes with anime tourism.

Akihabara in Tokyo is heaven on earth for anime fans and from 2 February to 23 March, Tokyo is expected to transform into an anime exploration site for the fans who will capitalize on the popularity of My Hero Academia worldwide.

Fans will be able to download the Tokyo Anime Tourism app from February 2 and visit popular spots in Tokyo.

They will get a digital stamp collection that will feature their favourite fictional characters. The digital stamp is equivalent to points which fans can exchange for original anime goods.