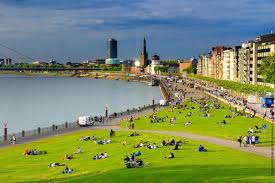 With an increase of 3.3 percent in June, German incoming tourism is continuing its steady growth.

According to provisional figures from the Federal Statistical Office, 39.8 million international overnights were registered across hotels accommodation establishments with more than ten beds between January and June – a three percent (1.2 million) rise on the equivalent period of the previous year.

“According to the latest trend analysis by IPK International to develop international travel in line with the World Travel Monitor, Germany’s incoming tourism is performing better than the worldwide average (plus 3.5 percent) with an increase of 3.7 percent. Germany is even generating a growth of four percent from European source markets, according to IPK, placing it well ahead of the European average (plus 2.5 percent).”