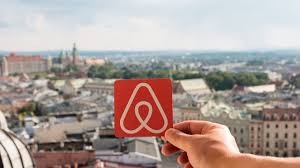 Airbnb has made the third investment in six weeks and made a $160 million funding round a small, luxury rental apartment startup.

Lyric is known to transform premium apartments into studios with hotel-quality , cleaning services and throughout for business travellers for short term visits or longer stays.

The San Francisco based company has 380 suites on offer across the U.S and intends at changing the negative reputation of the short-term rental industry mainly in the urban environments.

Andrew Kitchell, Lyric’s co-founder and Chief Executive Officer said in an interview said that they were good at regulatory compliance and the startup was fully complaint in the 13 cities it had operated.

Lyric was launched in San Francisco more than a decade ago. Airbnb has persuaded people by opening their homes to strangers, but in some of the biggest markets it had run afoul.

Kitchell said that real estate firms and building owners could hardly trust short term rental providers today.   But according to him the narrative about Airbnb and short term rentals was wrong.

In Austin and Nashville , Lyric was the first company to be issued a short-term rental permit. In Orlando it is the only company legally allowed to operate short-term rentals, it has partnership with 20 of America’s top real estate firms.

Airbnb has been working to expand listings and transform its identity as it gears up for an IPO likely next year and was last valued at about $31 billion.

Further the company wants remove its image as a disruptive startup that doesn’t play by the rules. It wants  to become a regulatory-complaint one-stop shop for holidaymakers that can book flights, accommodations and tourists experiences.