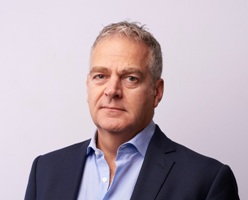 American Express Global Business Travel (GBT) has announced that Andrew (Drew) Crawley will join as Chief Commercial Officer on April 1, 2020, based in London. He is currently Chairman and Chief Executive Officer (CEO) of the Avios Group, the loyalty company owned by International Airlines Group (IAG), and a member of the IAG management committee.

Paul Abbott, GBT’s CEO, said that Drew is ideally placed to lead their commercial organisation on the next phase of its journey. He is a dynamic leader with a deep knowledge of the global travel sector. Drew has broad commercial, marketing and digital experience, and a proven track record of driving innovation and change.

Crawley’s previous roles include CEO of IAG Cargo and Chief Commercial Officer of British Airways (BA). He was also an Executive Board Member at BA, and has chaired the Boards of BA Holidays and OpenSkies, B.A.’s wholly-owned French airline subsidiary.  Crawley started his BA career in 1992, working in a variety of sales, marketing and operational roles in the UK, Europe and Asia.

Abbott said that GBT owes Philippe a debt of gratitude. When he joined GBT in 2014 he brought an unparalleled knowledge of business travel and technology. His charisma and infectious passion inspired people at all levels of the business. He is delighted that Philippe will retain a close connection with GBT in his new role with Certares.

In more than five years with company, Chereque was responsible for designing GBT’s industry leading product and technology platform, spearheading the acquisition of travel and expense technology firm KDS in 2016 and cementing GBT’s position as the world’s leading travel management company.