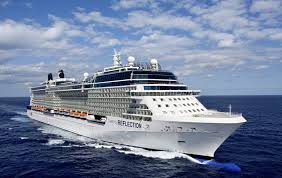 Carol Palk, a 79-year-old from Whippany, was bleeding from an ulcer in her stomach riding in the back of a cab during a five-hour trip through a dangerous Mexican state, so that she and her husband could board a plane that would fly them back to the United States.

Neither Carol nor her husband, Bertram Palk, knows how to can speak Spanish, so they could not communicate beyond showing their driver their airline tickets.

Hours earlier, she and her husband were marooned on a foreign shore by the crew of their cruise ship because they could not treat her ulcer.

Carol was sailing on the Allure of the Seas, a Royal Caribbean Cruises ship registered in the Bahamas but sailing out of Miami, with her husband and friends from their Rotary Club. The seven-night cruise, which stopped in ports throughout the western Caribbean Sea, was the couple’s 16th cruise vacation.

More than 20 million people cruise each year, according to TripSavvy.com. But it is unclear how many people find themselves in a situation in which they are forced from their ship in a foreign country because of a medical emergency.

“Our actions depend entirely on the condition and needs of our patients,” said Owen Torres, a Royal Caribbean Cruises spokesman. “In this case, our ship’s doctor and medical crew initially treated the guest in our medical facility but required additional and urgent medical attention that could only be provided in a hospital.”

During the trip, Palk sought treatment from the ship’s doctor when she noticed blood in her stool, a sign of internal bleeding. That’s when she got shocking news.

The doctor on board told Palk that he was monitoring her red blood cell count and that if it dropped below a certain level he would be forced to take her off the ship.

“The doctor told me, ‘I’m going to kick you off the ship’ if the level dropped any further,” Palk said. That’s exactly what happened.

In a matter of hours, the Palks were left watching the ship sail off from a dock in Puerto Costa Maya in Mexico on Jan. 11, just two days before the ship was scheduled to arrive back in Miami.

“I just had no idea what was going to happen to me or my wife,” the 82-year-old Bertram Palk said.

The mistreatment of passengers by a cruise line does not surprise Jim Walker, a maritime lawyer based in Miami. Many cruise ships are registered in foreign countries, just like the Allure of the Sea, so passengers are in a legal “no man’s land” when aboard some of these vessels.

“Legally, there is not much people can do in these cases,” Walker said. “If the couple were to sue, they’d have to prove injury or negligence to get anywhere.”

Instead of going to a hospital, the Palks opted to return to the United States.

So the ship’s staff arranged for a $600 taxi to Cancún and two flights: one from Cancún to Mexico City and one from Mexico City to Miami, totalling an additional $1,039. The couple also had to pay $74 for entering Mexico, a fee that was collected at the ship’s dock.

“I told them we didn’t want a flight to Miami and that we wanted a flight to Newark, but they said it was too late,” Bertram Palk said. “They didn’t even ask us.”