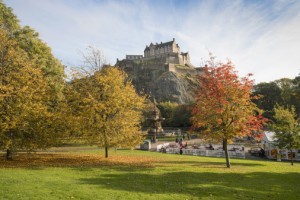 Edinburgh is today (20 March) named the second best rated destination in the UK and 20th Europe in the tenth annual Travellers’ Choice awards for Destinations, announced by TripAdvisor, the travel planning and booking site. Elsewhere in Scotland, Glasgow comes in sixth place in the UK top ten.

Paris takes the title of world number one this year, with London taking the runner up prize and Rome following behind London in third place, while Bali comes in fourth. Interestingly, New York, a long-time favourite with travellers worldwide, slips down to tenth place this year from fifth last year, with Crete, Barcelona, Prague Marrakech and Istanbul – which come in fifth, sixth, seventh, eighth and ninth respectively – all ranking above the Big Apple.

The TripAdvisor Travellers’ Choice awards for Destinations reveal the world’s best-rated destinations each year, based on millions of reviews and opinions from TripAdvisor travellers. Award winners were determined using an algorithm that took into account the quantity and quality of reviews and ratings for hotels, restaurants and attractions at destinations and islands worldwide, gathered over a 12-month period, as well as traveller booking interest on TripAdvisor.

“Both cities offer incredible attractions and experiences for visitors so it is fantastic to see them receive recognition they deserve through these awards.

“Edinburgh and Glasgow also serve as key gateways to the rest of Scotland and give the perfect springboard for visitors to discover wider regions and our country’s hidden gems.”

European destinations dominate the world top ten this year with seven of the top ten from the region; Paris, London, Rome, Crete, Barcelona, Prague and Istanbul.

It’s great to see Edinburgh retain its place as the best rated destination outside London and Glasgow jump up two places from eighth position las year. Both of these destinations offer travellers fantastic experiences and the competitive edge they have over London is value – the average nightly hotel rate on TripAdvisor for Edinburgh is 12% less than London, while Glasgow is over two thirds cheaper,” commented TripAdvisor spokesperson, Hayley Coleman.