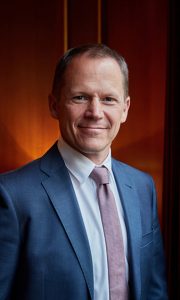 The Four Seasons Hotel in Prague recently appointed Martin Dell as the new General Manager of the hotel. He also becomes the very first Czech General Manager of the hotel. Dell was previously working as a Resort Manager at Four Seasons Resort Maui in Hawaii. He is known for his work on the Manhattan Bar at Regent Singapore which held third place in The World’s 50 Best Bars. It also attained the top position in Asia among several other accolades.

Dell began his career with the exemplary Grandhotel Pupp in Karlovy Vary. He went on to get posted in places like Doha, Hong Kong and Sydney where he acquired a wide range of skills in his field. It was back in 2010 when Martin’s career debuted with Four Seasons at Regent Singapore (previously a Four Seasons Hotel).

Dell was born and brought up in the Czech Republic. He completed his education from William Blue Hospitality School in Sydney, Australia and holds a bachelor’s degree in Business and Hotel Management. He is also a sommelier’s certificate holder from Wine Academy, Valtice, Czech Republic.

Martin in a recent press statement mentioned that he believes all employees of the hotel can together create magical moments for their guests and help them experience the finest Prague hospitality to the best of their abilities. He shared that he does everything in his power to support the employees in self-development and help them in achieving their goals. He further added his happiness in coming back home and expressed his excitement to share his knowledge and experiences with his new colleagues and future hoteliers.

Martin Dell is well-known for his strong leadership skills. He also has commendable management experience. His name has often been associated with the creation of various recognized food and beverage outlets. Martin’s capability of having an optimistic outlook, vibrant energy, creative thought process and hands-on approach in daily operations is bound to leave a positive and healthy impact on the guests and employees of Four Seasons Hotels Prague.