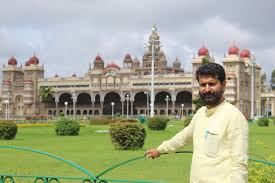 Addressing a ‘meet-the-press’ programme, organized by the Dakshina Kannada Union of Working Journalists in Mangaluru on Monday, Mr. Ravi said that the State has a 320-kms coastline, more than 1,500 sites of archaeological importance, five world heritage sites, more than 40 waterfalls, five national parks, and 17 mountain peaks. Hence, the State’s tourism sector has a tagline of ‘One state, many worlds’.

To provide an impetus to the sector, 41 tourism circuits have been planned for promoting tourism in the State.

By next year, the government will come out with a comprehensive tourism policy, which will have provision for promotion of coastal tourism, Western Ghat tourism, and heritage tourism, among others.

Mr. Ravi said that he has been on a study tour of different districts in the State, and he will complete his tour by November-end. He added that he will consult with stakeholders and discuss ideas with them during his visits to the districts. Private investments can be sought in some locations as well. Such investments would help attract tourists, generate employment, and revenue to the government.