Los Cabos turns into the most dangerous city in the world 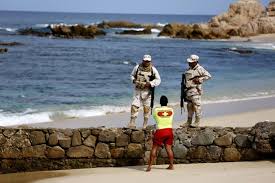 After experiencing quite a confusing rise in its homicide rate, the Mexican city of Los Cabos has been positioned as the most violent city in the world, as per the report of Citizens’ Council for Public Safety and Criminal Justice.

The report mentions that the northwestern Mexican city at the southern fringes of Baja California occupied the top spot in 50 most violent city lists with an astonishing murder rate of 111.33 per 100,000 inhabitants.

Caracas, Venezuela, positioned second with a somewhat lower rate of 111.19 murders per 100,000 inhabitants, after Acapulco, Mexico with 106.63, another of the 12 Mexican cities within the annual ranking.

In 2017, violent crimes increased by 18.91 percent across the globe. However, the case of Los Cabos is particularly annoying.

Before this year’s edition, Los Cabos, Mexico’s one of the most preferred tourist destinations as a result of its natural landscapes and strong hospitality sector had not been included on the list by the Citizens’ Council.

In spite of being one of the fastest-growing tourist destinations of last year, greeting over 1.4 million tourists, the city witnessed many violent episodes, which actually shows an increasing lack of security.