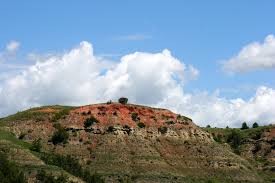 The new tourism marketing campaign of North Dakota is endorsing what the thinly populated state has enough adequate space.

In the USA, North Dakota is one of the least-visited states, as the tourism agency on Tuesday disclosed that a $2.9 million campaign touting the wide-open spaces, and outdoor recreational opportunities of the state.

“What that means is, you won’t be bumper-to-bumper at a national park,” Otte Coleman said.

Last week the tourism officials verified that the agency has improved its contract with Hollywood actor Josh Duhamel with a mission to endorse tourism in his home state.

To be the face of North Dakota’s tourism campaign for the coming two years, the star of several “Transformers” movies will be paid $175,000, taking his total haul for the tourism contract to over $1 million.

For last year, tourist numbers have not been counted but Coleman explained that 22.6 million people in 2018 had visited North Dakota, up 4% over the year before. In 2018, visitors spent about $3 billion which generated about $300 million in state and local taxes, she said.

Duhamel, who is from Minot, has been a great ambassador for the state, Otte Coleman said.

“He really has paid off for us,” she said. “You have to differentiate yourself in marketing. He has helped us appeal to a broader audience.”