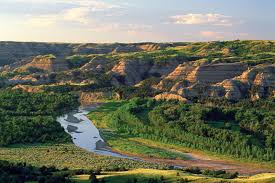 It is according to the new tourism report which shows  that about 733,000 visitors went to Theodore Roosevelt National Park and two western North Dakota national historic sites spent $45.6 million in 2017 in communities near these tourism attractions.

The tourism expenditure of North Dakota supported 643 jobs in the areas surrounding the park, Fort Union Trading Post and Knife River Indian Villages and had a cumulative benefit to the state economy of $56.7 million.

Park Superintendent Wendy Ross said that the North Dakota National Parks protect cherished resources and they are a significant driver in the state’s tourism economy.

North Dakota welcomed the visitors from across the country and around the world to experience these special places. The tourism board appreciates the partnership and support of our neighbours. They are glad to be able to give back by helping to sustain local communities.

The peer-reviewed spending analysis was conducted by economists Catherine Cullinane Thomas of the U.S. Geological Survey and Lynne Koontz of the National Park Service.

According to the report, the visitor spending across North Dakota national sites is down slightly from 2016, when visitors were estimated to spend around $50 million, but is still up significantly from the previous four years when visitors spent an average of $36.6 million from 2012-2015.

According to the report, there were 552 jobs supported by spending around Theodore Roosevelt National Park in 2017, with 157 being in the hotel industry and another 139 in the restaurant business. The spending also supported 57 retail jobs in 2017, the report data said.