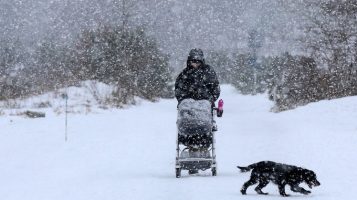 Britain is going to be plagued with relentless rain and wintry showers as the temperature continue to drop after hitting -4 degree Celsius.

As per weather experts, the chilly start of the day is expected as thermometers plunged to subzero temperatures overnight, with Scotland hitting -4 degree Celsius and southern areas around Oxford recording O degree Celsius on Wednesday morning. Rain and wintry showers will give most areas a brief respite in the morning before resuming later in the day while a further wall of showers will start moving into the country during the afternoon.

Temperatures have been as low as -4 degree Celsius in parts of the Highlands in Scotland while Oxford and Llandrindod are also expected freezing weather.

Eastern fringes of Scotland, England and Wales are experiencing showers while heavy rain is pushing into the west of Northern Ireland.

Scotland is supposed to experience heavy rain during the afternoon. Rain is expected to reoccur over the afternoon over England, the West Midlands and more widely in central England.

Weather experts in Britain said that northern England and parts of Midland will experience wet afternoon. Some more rain is pushing in from Southern Wales and also towards the Southwest through the evening rush hour.

The Met Office in Britain has issued a yellow rain warning on Thursday and Friday over Yorkshire as York, Sheffield, Hull and Lincoln are supposed to experience disruption due to heavy showers.

Locals have been told about potential flooding and potential travel delays, with some communities potentially at risk of being cut off due to the water.

Weather experts have warned for travel chaos as almost a month’s worth of rain is set to fall in just a day. Around 80 mm of rain is expected to fall in some areas with the November average being around 88 mm