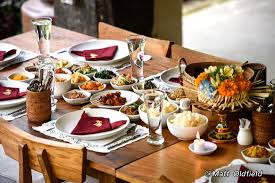 Indonesia Tourism Ministry has plans of holding a three-day event after the success of the first UFF last year. It will have various display of local food in the country and will take up the theme of Spice up the World this year.

Culinary is a part of the tourism attraction that will lure foreign tourists willing to taste food from different parts of the world.

Some 15,000 domestic and foreign tourists attended UFF last year and gave positive impacts to tourism in the resort island of Bali.